MANIFESTO WITH REGARD TO FREEDOM FOR THE BOER-AFRIKANER PEOPLE

This Manifesto is being presented to you on behalf of the following organisations committed to a practical implementation of the Boer-Afrikaner people’s right to self-determination (in alphabetical order):
1.1 AWB.

Since the advent of Black rule in South Africa, this country is hailed by many as a showcase for the triumph of democracy over oppression.
However, although every adult citizen has the right to vote for any legislative body, it does not necessarily imply that South Africa is a democratic state.
A state can only be experienced by its citizens as a democracy, if they are able to exert influence – by means of their votes –
4.1 on the composition of the state’s legislative bodies, and

4.2 on the policies formulated by those bodies.

It is common cause that the vast majority of legislators who form the legislative bodies enacting laws for this country (on all levels of government) are composed of people very different than ourselves:
5.1 We speak different languages.

5.2 We have different sets of cultural ethics, -norms and values.

5.3 Our families and marital systems are organised differently.

5.4 Our religious belief-systems are different.

5.5 Our legal traditions and systems of jurisprudence are different.

5.7 Our political- and constitutional traditions differ.

5.8 We have different art cultures.

5.9 We have different heraldic- and traditional symbols.

5.10 Our traditions and practices regarding technology are different.

5.11 We have different standards and practices in terms of science and education.

5.12 We have different practices and standards regarding human interaction with the environment.

5.13 We have different medical traditions and standards.

5.14 We have different norms and traditions regarding economic principles.

5.15 We experienced the history of this subcontinent on different-, when not on opposing sides and have different perspectives thereon.

Not surprisingly in view of all these differences, many laws of this country run contrary to our norms, values and beliefs and continuously jeopardise our interests.
7. Foremost however the secular, humanistic South Africa created by ANC-rule clashes with our belief that the laws of a country should be in line with pure Biblical principles as upper code; and that the laws of the land should be reconcilable with God’s Law regarding aspectssuch as abortion, gambling, the Sabbath, homosexualism, proprietary rights, etc.
8 Due to the racial compilation of the South African population (amongst others) we do not have any possibility to change this situation by casting our votes in a general election. Despite living in a democracy – juristically speaking – the practical implication of current South African demography is that we do not have the option either to exert influence – by means of our votes – on the composition of the state’s legislative bodies or on the policies formulated by those bodies.
9 We therefor state that for all practical purposes, we find ourselves living under conditions of de facto dictatorship.
10. This precarious constitutional situation has a tremendous adverse effect upon us:
10.1 We are being excluded – by law – in many instances from employment-, business- and tertiary education opportunities. Hundreds of thousands of our people are impoverished or loose economic opportunities solely on the basis of the colour of their skin.

10.2 Mother-tongue education for our children in state-funded schools is under serious threat – the same goes for tertiary education.

10.3 Our cultural heritage in the form of the names of public amenities, statutes, and the like is being trampled upon by renaming such amenities, desecration of statutes, etc.

10.4 Our history – and consequently we as a people – is being demonised in the media and government-funded education curricula (we are thus forced in the absurd situation to even help fund the demonization against us).

10.5 Influential Blacks, including you as President of this country – call for us to be killed in public chants. When such behaviour is challenged, you attempt to justify it in court.

10.6 Not surprisingly, we are indeed being killed at an astonishing tempo – our farmers during 2011 already at a rate of 98,8/100 000 (world average: 6,9/100 000). Although it is true that non-Whites are also being killed in this country, the point is that they very seldom die at the hand of Whites; whilst the perpetrators in the murder-campaign against our people are Blacks (in the most instances by far).

We refuse to accept the aforesaid oppression simply due to our numbers. We refuse to be a “minority” under conditions of tyranny by the majority. We demand self-determination in a territory (or territories) governed by ourselves; and we demand initiation – without further undue delay – of a process of legislation, as envisaged in Section 235 of the Constitution, to this end.
All the organisations endorsing this Manifesto, support the actions taken in the past – and all actions which are in the process of being taken – by the Boer-Afrikaner Volksraad to attain freedom and territorial self-determination for our people.
THUS DONE AND PRESENTED AT PRETORIA ON THIS 27TH DAY OF NOVEMBER 2015. 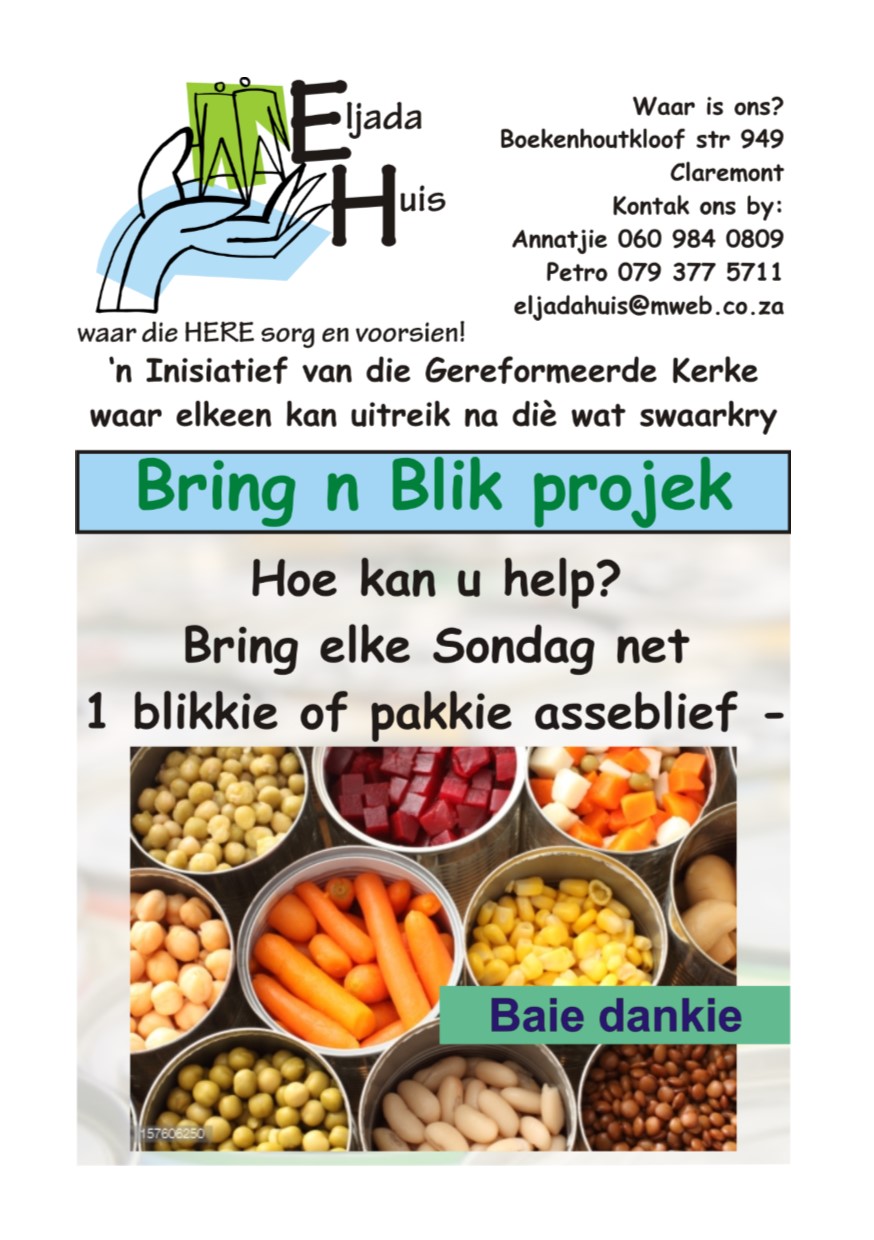 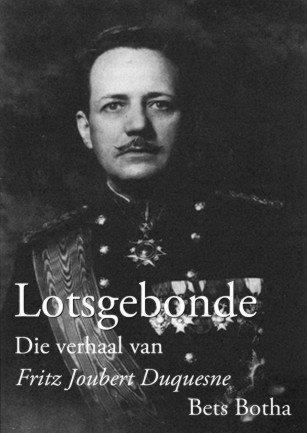 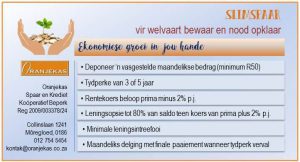 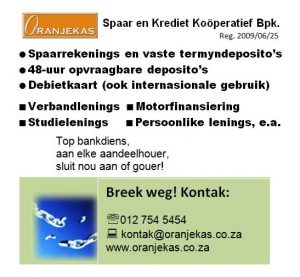 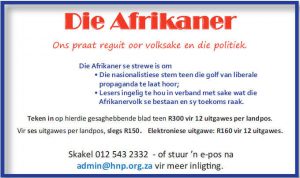